Although his team is not performing well in the ongoing tournament, yet the 23-year-old cricketer has already made a name for himself.

He debuted in 2013, but his career went down the hill and in all these years he could manage only 26 ODIs. However his recent performance in the Asia Cup has been good as he manage to hold his team’s innings in almost every game.

In the APL, he has played in 4 innings and has scored 113 runs at an average of 56.50. Rajasthan Royals and Kings XI Punjab might look into him to strengthen their middle order. 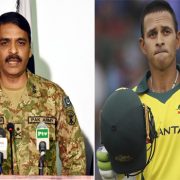