MS Dhoni the captain of the limited overs format showed up his kind heartedness towards a girl chasing him on scooty on the way to Airport at Ranchi.

After losing the 4th ODI from the kiwis at Ranchi MS Dhoni decided to drive himself into his Hummer to the Airport.

While he way on his way to the Airport a girl named Aradhaya followed him on his scooty to the airport and when he was just about to enter into the Airport premises the girl shouted and yelled up Dhoni’s name and he somehow came to hear this.

Then he told one of his security personnel to bring that girl and he met her and also took a selfie with her and by the time he made his fan very happy by doing so.

He is indeed the coolest captain that entire nation wishes to have him in their team, by doing this small happenings with his fan he proved how the person is without a sense of being inferior with others. 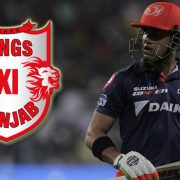