After the match against England the South African pacer Dale Steyn regained the top spot by the end of the 2nd test in Centurian, and is being officially announced by the International Cricket Council on 31st of August.

It was a stiff competition for Dale Steyn to leave behind Stuart Board and Ashwin the two top class bowlers in the history of cricket, but all the efforts and hard works that he did is being paid off to him, such a class he represents. Records just seem to be a number for this furious bowler it’s the 263rd week that he his carrying on this feeling to be in the top at his field of competition.

The South African pacer has done immense for his team and in the coming years also he will be serving the nation, it’s a boon for the team to have such a magnificently talented bowler who is always ready to give whatever quality he possess in this area of cricket.

As of now there is no more changes in the other rankings, keep yourself updated and tuned to SPORTSLIBRO because the reality of live the sports come true. 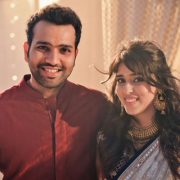