The calm and cool attitude of the Chennai Super Kings team might be the reason for their third IPL trophy which they had won last month beating Sunrisers Hyderabad.

In a high-pressure tournament like IPL, every ball is minutely dissected by captain and coaches. But that is not the case with CSK.

Every player in the CSK team is told to “just enjoy himself” even after a defeat. Even in a school tournament final, the coach and captain draw up a strategy and come up with an inspiring speech.

But if CSK’s captain Mahendra Singh Dhoni is to be believed, the team meeting before the final of IPL 2018 against Sunrisers Hyderabad ended in just five seconds.

CSK won the final by eight wickets, thanks to a brilliant century by the Australian Shane Watson.

“I think at that point of time, we were quite relaxed about how we’d conducted ourselves throughout the tournament. And everybody’s role and responsibilities were very clear. So, you need to address something if it really needs to be addressed. You know, there’s no point, just because if there’s a captain and a coach of the team, you’ve to say something,” Dhoni said at an event on Monday (June 11). “The team meeting that we had, lasted hardly five seconds. (Stephen) Fleming was like: ‘Go, get it boys.’ And it got over.”

CSK had been banned for two years from the IPL due to off the field scandal and were ridiculed after the 2018 auction because of opting for elderly players.

However it was Dhoni, who turned the clock through some vintage knocks, along with some other core team players who did well and it was this familiarity that helped the team to bond together.

“I always have felt that this was one of the secrets why CSK keep doing that (winning the IPL). We don’t have a long list of meetings. We don’t have too many meetings because we’ve played so long each with other, against each other, you know the conditions so well, you exactly know how you need to operate. And there’s no rocket science.

“Yes, we’ve the bowlers’ meetings, the batters’ meeting, and I don’t become a part of the batters’ meeting. A lot of times, people do it because they need to tick a box. And in CSK, there’s no justification that happens… you know that the bowling coach doesn’t need to justify to the owners,” Dhoni added.

Dhoni added that it was only one time CSK had to hold a team meeting and that was before the Kings XI Punjab match where Chris Gayle blew them away with a blazing hundred.

“We had a bowler’s meeting you know, before Gayle hit that century (against CSK). A lot of times, it happens that you do it for the sake of doing it. You know you say before the finals, ‘Oh we did this, we did that.’ That’s not in our case. We try to keep it as simple as possible. What’s important as a coaching staff, or as a captain, you need to give advices to a player according to what they can achieve. All of a sudden, you can’t tell somebody, ‘Ok, you need to bowl outside off-stump yorkers,’ and that guy has never done that. So you’ve to tell that guy according to what his strength is and he’s to improve his weak areas. That’s what is brilliant about us,” Dhoni explained. 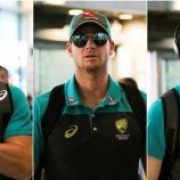