The build up to the IPL Auction is gathering pace as 2018 edition of Indian Premier League seems to unfold in the coming months. As per Cricket Buzz the reigning champion Mumbai Indians willing to retain the Pandya brothers.

As per the Cricket Buzz report, Mumbai Indians are keen to retain Hardik Pandya and Kunal Pandya. And retention of Rohit Sharma is an obvious choice as he is the captain of Mumbai Indians and a world class batsman too.

The lethal fast bowler Jasprit Bumrah is under the quash, as he is being under Contention, retention of uncapped Krunal Pandya ahead of Jasprit Bumrah would be a big call for the Mumbai Indians franchise.

“Skipper Rohit Sharma is an automatic retention having led the team to three IPL titles. Hardik Pandya is one of the big match-winners and the interesting third retention would be Krunal Pandya. Krunal being an uncapped Indian can be retained for only Rs 3 crore instead of Rs 7 crore for third capped player. Also Krunal was an exceptional performer last year,” a senior BCCI official stated as per the reports in India Today.

“MI has been the biggest advocate of five retentions. These five are their core group of match winners and it will be surprising if they deviate from this strategy,” the official added further.

The official explained that the retention of uncapped player will cost less, in compare of the capped players. It would only cost as low as half price for retaining uncapped then the capped one’s.  And Demonstrated various tactics for retention. 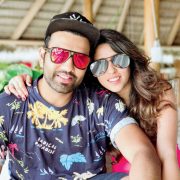