Commentary in sports is the art of explaining the course of the play to the viewers. In the game of cricket, the commentators have played a huge role in ensuring the television viewers get entertained all the time.

The work of best cricket commentators is also to try to analyse the game for the viewers. This is because the game of cricket is quite complicated and is played for a very long time when compared to other sports.

Also in the game many changes and interactions are made on the field. All these take place off the camera and the viewer doesn’t get enough knowledge of it. Thus the best cricket commentators always enlightens the audiences of all the subtle details.

They provide information about all the tactics, strategies, movements and demeanour of the players. They also provide relevant information along with occasional doses of humor to keep the audience entertained.

This profession is very challenging and requires the commentator to always remain vocal. Thus high amount of efficiency is always required to be one of the best cricket commentators in the history of this game.

Here is the list of some of the best cricket commentators from all around the world:

His strength is his great encyclopedic knowledge of West Indian cricketing history. A memorable incident of Mohammed happened in 2016 along with Rameez Raja. A list of top-10 bowling figures of West Indies bowlers in Tests was been shown on the screen.

Fazeer gave a detailed description and history of each of the bowling figures. His forthright comments had often landed him in trouble, but it has made him endeared to his fans. He always keeps the game alive with his never-ending energy.

Moreover Fazeer is also a journalist. As a result he always remains updated with all the new happenings in the world of cricket. Along with that his passion for the game makes his commentary compelling, enjoyable and makes him one of the best cricket commentators. 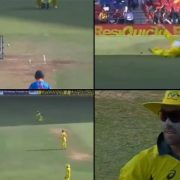