As per the INDIAN CRICKET NEWS and the BCCI they are on a very thin layer to conduct the IPL in 2017, as we all know IPL has been scheduled to be starting from 8th of March 2017.

And believing upon the sources and BCCI there is not a single contract that has been signed by any of the teams and with just 4 months to go to the new edition of IPL it is going to be a huge concern for the BCCI.

Starting the list from hosting of player auctions to planning the game reorders, hiring of creative and management technical, advertising the league and signing up with a host of vendors for the two-month long cricketing extravaganza have been pending for more than two months already .

As we all know the hearing of the BCCI got delayed from 5th of December to 9th of December, a high official from the BCCI said that they were about to start the preparation for the IPL.

“The International Management Group (IMG) begins work on IPL every year at the beginning of October. They’re not on board yet. The opening ceremony is usually planned five to six months in advance.There’s no word on it. It’s absolute chaos,” a senior BCCI functionary told TOI on Monday

After the one liner response from the Lodha committee that stated “Wait till 5th December”, it was like

The BCCI, however, has a flurry of questions which they’ve been fretting over. “The (Lodha) Committee was asked to appoint an auditor and set threshold limit for contracts.The Board even requested the Committee for a meeting. But nothing has moved. I hope the Committee doesn’t expect us to call some DJ Sunny from Bhatinda (pun intended) to perform at the opening ceremony .

“And if the BCCI needs to match its own standards set in the past for IPL, it needs time to work on things. Given the present uncertainty , the tournament is in real danger,” the official added.

FOR MORE UPDATES FOR IPL AND OTHER CRICKETING NEWS KEEP YOURSELF TUNED TO SPORTSLIBRO.COM 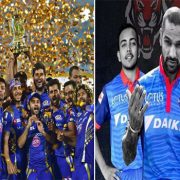