The selectors of Team India have recently announced the squad which will play against England in the upcoming Test series.

Cricket news: There are quite a few newcomers to the side this time

There are quite a few injuries in the side while there are some surprise inclusions in the Test squad. India had lost the ODI series after leading initially, which has forced skipper Virat Kohli to call for some changes to the side.

Bhuvneshwar Kumar, who is India’s spearhead pacer, is not included for the first three Tests as he has sustained an injury to his lower back in the third and final ODI against England.

Rishabh Pant has got his first call-up to the Indian squad and will act as the backup for Dinesh Karthik, who has got an extended run with the gloves in Tests because of injury to regular Test wicketkeeper Wriddhiman Saha.

As Bhuvi is out of the squad, Shardul Thakur is kept in the squad along with Umesh Yadav and the pace attack is expected to be led by Ishant Sharma.

Mohammed Shami has also been added to the squad, following his clearance in the yo-yo fitness test, along with Hardik Pandya, who is another fast-bowling option.

Ravichandran Ashwin and Ravindra Jadeja have reprised their roles in the Tests along with Kuldeep Yadav, who has been added following his excellent performances in recent times.

The first Test match between India and England will be played at Edgbaston and will begin from the first of August.

Here is the Indian squad for the first three Tests:

TEAM NEWS: #TeamIndia for the first three Tests against England announced #ENGvIND. Bhuvneshwar Kumar aggravated a lower back condition in the 3rd ODI. His condition is being assessed & a call on his inclusion in the Test squad will be made soon. pic.twitter.com/lhlF65VRUP 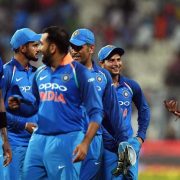 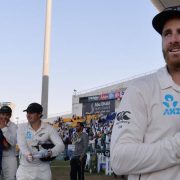