Kohli belives, Ashwin and Saha had improved a lot in the tests against the Caribbeans

India Test skipper Virat Kohli truly belives that the low order batsmen, especially keeper Wriddhiman Saha showed immense improvement in his work and that is what India gained in West Indies tour. India was scheduled to play four-test series against West Indies, where India won the series for 2-0. Two matches were won by the Indians and other two were declared as draw. The title of ‘Man of the Series’ was presented to Ravichandran Ashwin and Kohli said, he is very much satisfied with the results of the series.

“It’s been a pretty good tour for us. We had come here looking to improve in a few areas and we have done that. For me, the biggest positive is Wriddhiman Saha getting runs in the lower order, plus R Ashwin coming good at no.6,” said Kohli.

“I hope we can keep on improving this aspect of our game because there are positions, which matter a lot in Test cricket. Whenever teams have done consistently well in Test cricket, their lower order has always contributed. So, those were the areas for us to solidify,”

“We lost a Test in Galle (on the Sri Lanka tour last year) when we were a batsman short. Even in the home series against South Africa, we were struggling on quite a few occasions because of lack of a batsman. So we wanted to try this combination out, though the game didn’t happen here.

“If we play four specialist bowlers at home we may not need the fifth, because if you play with three frontline spinners at home, it probably does the job for you. So we thought even if we play two spinners and two pacers, Rohit (Sharma) and Vijay can give those 10 extra overs. Away from home you need all your best bowlers playing because you don’t need how the wickets will play.

“We are going to play world-class sides at home who are going to capitalise on the window of chance we give them. So it was just something we wanted to try out. We should be flexible,” the test skipper added. 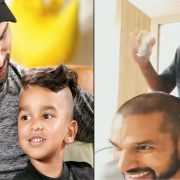 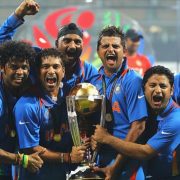