Virat Kohli the Indian Captain has gained new heights and strength by scoring 1206 runs at an average of 86.14, the player is showing all the qualities and stamina he has for the role of cricket.

Virat has been proving his class and consistency since long and as of now he hit 4 test 200,s in the last four series played by India so far, this proves definitely how hard he is working on his fitness and strength for the longer formats as well.

“Virat Kohli, brilliance! I think one word is very difficult [to describe him],” Kumble said on the sidelines of an event on Thursday (February 16). “I have seen him develop from a 19-year-old, who walked into Royal Challengers [Bangalore’s set-up] for the first time after he won the [Under-19] World Cup as a captain, to the transformation that you see now, it’s been brilliant. To see someone that passionate, that kind of motivation and dedication he has.”

Kumble not only praised the current captain of the squad he also got indulged taking up the name of Dhoni as of how he came to the field of sports and conquered the whole planet with his skills, efforts and hard work.

“And similarly with MS [Dhoni], coming from Ranchi, nobody expected that someone from Ranchi would be leading the country. And the way he has led the [team], 10 years as a captain, it’s extremely difficult.

“However, to be the Indian captain for 10 years is something unheard of and hats off to the way he conducted himself as a captain of the team. He was a perfect ambassador for the sport,” observed Kumble.

“And I don’t think anything ruffled him. You could [not] really figure out what he was thinking even when one ball and six runs were needed or if the opposition needed two runs to win and you still have an over to go. You didn’t know what he was thinking, he would always go with his gut. It was amazing to win two World Cups, Champions Trophy and No 1 in Test [Rankings], you can’t ask for more,” the former Karnataka player added.

FOR MORE INFORMATION KEEP YOURSELF TUNED TO SPORTSLIBRO.COM 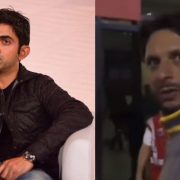 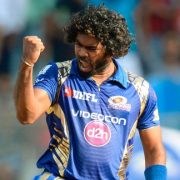