The legendary South African cricketer shocked everyone in the cricketing fraternity as well as his fans when he announced his retirement from international cricket in May.

It was very much unexpected as no one had seen that coming as the veteran cricketer had made a comeback in the Test format earlier that year against India and was playing the best cricket of his career.

He was also certain to play the 2019 World Cup, but his retirement call put everything in doldrums along with his future in the IPL.

But recently the Royal Challengers Bangalore player has opened up in an interview about his future whether he would play in the IPL or not.

The 34-year-old played had single-handedly won many games for RCB and was the heart and soul of the franchise.

Although he was in good form with the bat this man, his superman-esque catch against Sunrisers Hyderabad became the most talking point of the tournament and was considered as one of the best catches of the IPL history.

“I will keep on playing IPL for a few years, and I would like to play for the Titans, and help some of the youngsters. But there are no set plans. I haven’t been able to say that for a long time,” he said.

Previously he had said that he would be playing in the domestic league but did not clear his stance regarding IPL. This news will bring happiness to his millions of fans in India.

De Villiers also revealed that he has received few other offers but stopped himself from discussing about them in detail.

“There are some offers on the table from around the world, but it will be nice to wake up and wonder what to do; to be normal,” he smiled while saying. 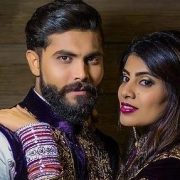 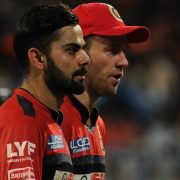