The Indian Premier League is currently in its 11th edition. It has been a memorable journey for all the cricketing fans over the world. The league has given us many memories to cherish, as we get to see our favourite player playing fantastically for the franchises.

Given below is the list of 5 Indian Players who might be playing for the last time in IPL.

He was one of the star bowlers for his state Karnataka in domestic cricket, but could not replicate that form for the national side. In IPL, his expensive spells over the last few years, might land him in trouble.

He played for the Kolkata Knight Riders in two matches this season and had an economy of 16.95. He was especially trolled when he failed to protect 17 runs off the last over against CSK.

In the next year, he will become 35 years old and is unlikely to get any franchise.

The once dependable, explosive, middle-order batsman has not been in good touch because of his lack of domestic matches.

His good form has only been seen in patches while playing for Sunrisers Hyderabad this season. His ability to bowl off-spin has also vanished somewhere.

His younger brother, Irfan Pathan, has already gone unsold this year, and the elder brother who will be turning 35 next year, might also follow the same route.

Despite having a late start to his IPL career, he has been one of the most successful off-spinners of the tournament. He was bought by CSK in the 2018 auction, after having featured for Mumbai from 2008 to 2017.

The 37-year-old is currently doing well for his team, but his not-so-good fielding might make him a liability for any teams in the future.

Although he was bought by his previous franchise Punjab for this season, his poor form would mean that it is time for him to move on.

He has scored 46 in four matches in this season. His standards in the field have dropped considerably and he is not even contributing with the ball.

Presently 36-years-old, Yuvraj might bid farewell to IPL at his home franchise this season.

He captained the Kolkata team to two IPL titles. This year he was bought by Delhi Daredevils, but he could not find his good form for his franchise.

He has scored only one fifty from six matches and because of his poor form, Delhi are currently struggling at the bottom of the table.

He stepped down from the role of the captain and handed the charge to Shreyas Iyer. He even dropped himself from the playing XI.

The way things are unfolding, it is highly unlikely that Gambhir is going to get a franchise next year. 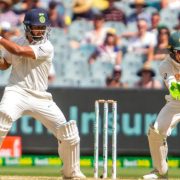