One great platform to earn huge money in cricket is the Indian Premier League. Here performances can fetch you huge sum. Along with that quality and talent will attract a lot of attention.

While auctioning for players, the franchises often take into record the reputation and past glories of a player. In this process the players attract huge bids and become one of the highest paid cricketers in IPL history.

Over the last 12 seasons, there are many players who were purchased a lot of times. As a result a lot of cash has been splurged on them. Here we are taking into note about the highest amount that has been spent on a player in all auctions put together.

Here is the list of 5 highest paid cricketers in the history of IPL:

The explosive English batsman always had the habit of attracting huge whenever he went into the auction pool. Although he didn’t get huge sums, yet he got significant amounts. In 2009, KP along with Andrew Flintoff became the highest paid cricketers.

This time Rising Pune Supergiant went for him and secured his services for INR 3 crores. As a result in total Kevin Pietersen earned about INR 24.52 crores and became the 5th highest paid IPL cricketer of all time. 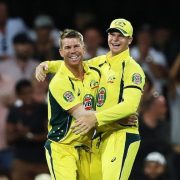