Chennai Super Kings (CSK) is one of the most successful and consistent teams of the IPL. Right from the beginning of the tournament in 2008, CSK has always made it to the top four, except two seasons. In those seasons they were banned from participating in the IPL.

With their performances, CSK has always impressed their fans year after year. All these has been achieved because of some best signings of CSK. Out of all their eight appearances in the top four, they have won the trophy three times.

Apart from that CSK has also won the Champions League T20 title twice. This proves that CSK is one of the most consistent T20 franchise in the world. The main secret of this success is a strong core and management.

The rest of the squad revolves around this entire strong unit. Moreover because of some of the best signings of CSK that the team has been so excellent.

Here is the list of 5 best signings of CSK over all these years:

No doubt that this legendary player will be the topmost best signings of CSK. Dhoni has the longest and deepest connection of CSK as he is the icon of the team. Nicknamed ‘Thala’ by the Chennai fans, Dhoni has been the team’s driving force.

In the very first season, every franchise went bonkers for the then Indian skipper. but ultimately Chennai Super Kings managed to buy him for a whooping US $1.5 million. Since then Dhoni has been the team’s skipper and flag-bearer.

Over all these years, Dhoni has played 160 games for CSK. There he has scored 3,858 runs at an average of 44.34 and strike-rate of 140.03. Along with that he has successfully led the team to so many honors. Thus Dhoni is one of the best signings of CSK. 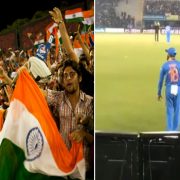