The greatest surprise of the 11th edition of Indian Premier League was the failure of the defending champions Mumbai Indians to qualify for the knockout stage.

Cricket news: These players might not play a major role for the three times champion in the 2019 edition of Indian Premier League

The season had been filled with ups and downs for the franchise. They had a very poor start to the season, losing majority of their games.

But they staged a miraculous comeback and were expected to enter the playoff stages in the final round. But the defeat at the hands of Delhi Daredevils in their last match stopped their fairy-tale comeback and thus sealed their fate.

There were a lot of players in the Mumbai squad who failed to do justice to their price as well as name, and were responsible for Mumbai’s early exit from the tournament.

These players will probably not get a second chance and might get axed in the next season. Here are the list of 4 such players which might not feature for Mumbai in 2019.

The all-rounder from South Africa was bought by Mumbai in the 2018 auctions for a price of 1 crore to give stability down the order, as Mumbai already had top-order batsmen in the higher order.

Duminy played just 6 games and scored 36 runs with a woeful strike rate of 90. Having failed to adjust in an unfamiliar position down the order and having failed to live up to the expectation, he might not feature again for Mumbai in the next season. 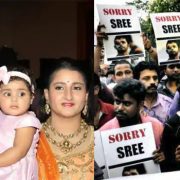