After white-washing the Windies in the two-match Test series, India are currently playing against them in the five-match ODI series.

Cricket news: While Krunal Pandya and Shahbaz Nadeem gets their maiden call, former skipper Dhoni is left out

The Men in Blue had won their first game, thanks to centuries from Virat Kohli and Rohit Sharma, but the second game ended in a tie despite Kohli hitting another ton.

In the meantime, the Board of Control for Cricket in India (BCCI) have announced the 16-man squad for the upcoming T20I series against the same opponents, which is scheduled to begin from 4 November at the Eden Gardens in Kolkata.

The other two matches of the three-match T20I series will be played in Lucknow and Chennai. The Men in Blue will be led by Rohit Sharma in the absence of their regular skipper Virat Kohli, who has been rested for the series.

Rohit would love to continue his dream run after he successfully led the team to Asia Cup glory. The massive news about the selection is that former Indian skipper and wicketkeeper MS Dhoni has been excluded from the team and in his place, Rishabh Pant will don the wicketkeeping gloves.

Rohit Sharma is set to lead the team and Virat Kohli, their regular all-format captain, has been rested. #INDvWI https://t.co/R3IcxIVImY

While Washington Sundar will be seen making a comeback after an injury, Shahbaz Nadeem and Krunal Pandya have been given their maiden call-ups to the team. After impressing the selectors by performing well in limited opportunities, Khaleel Ahmed is also been rewarded.

Bhuvneshwar Kumar, Umesh Yadav and Jasprit Bumrah are included as the pacers while Kuldeep Yadav and Yuzvendra Chahal are included as spinners. Shreyas Iyer and Manish Pandey will have a great opportunity to showcase their talents in the shorter format.

Here is the squad 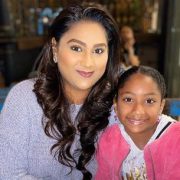 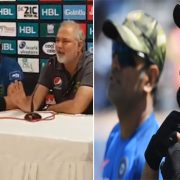