In the world of sports when we talk about rivalries, the names that make the buzz are EL Classico, Manchester- Liverpool, Ashes or Pakistan-India contests. In modern-day cricket India-Australia rivalry can be counted as one of the elite rivalry that we cannot simply look beyond. It is relatively new, but is just about as intense and fierce as the older rivalries in cricket.

Since the tied test in Madras in 1986 India vs Australia matches are always an event both in white ball and in red ball format.

With the Indian cricket team, led by Virat Kohli, set to resume its rivalry with a slightly vulnerable Australia cricket team, we look at the five most memorable matches played between this two cricketing giants.

After the result less rain-affected match at Gabba, the second test pretty much belonged to Rahul Dravid.

His determination and class engineered India to register a win on Australian soil after 23 years.

Needless banter, poor umpiring, poor spirit shown by the players, this match will be known for all the wrong reasons.

Australia in their second innings went on to score 401/7 declared as India were set a giant of a target of 333 runs in just over 2 sessions. A draw was certainly backed. However, it looked like the umpires were in favour of an Australian victory as a couple of dubious decisions helped the Aussies to bowl out India for 210.

Going into this tournament India’s record in finals of a multi-nation tournament was abysmal.

However, captain cool, Mahendra Singh Dhoni ensured that this was not the case this term round. India won the three legged final beating the Aussies 2-0 thanks to their inspirational bowling performance and batting of the God, Sachin Tendulkar. 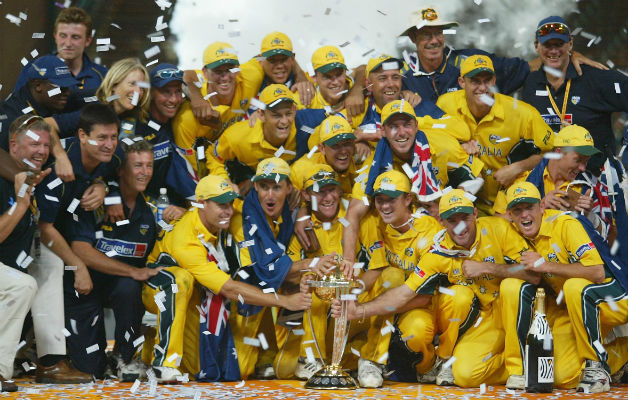 This was the most heart-breaking to say the least for all us Indians. Going into the finals Australia were unbeaten. They had thumped India in their group stage encounter. But well, there was belief in the Indian camp and among the fans that after 20 long years, the Men in Blue will finally get their hands around the coveted world cup trophy. But that was not meant to happen. India’s African journey came to an end with a 125 run loss.

Often considered to be one of the best tests ever played, this match itself teaches us about not giving up and to hold our ground no matter what.

India won the match after being forced to follow-on. Laxman and Dravid batted the entire fourth day — Laxman scoring 281 and Dravid making 180. Young Harbhajan Singh took 13 wickets in the match .This changed the face of Indian cricket how people looked Indian cricket.

So it’s that time again it’s time for action down under as Australia host India for the first T20I at The Gabba which will be the first of a two month long journey down under.